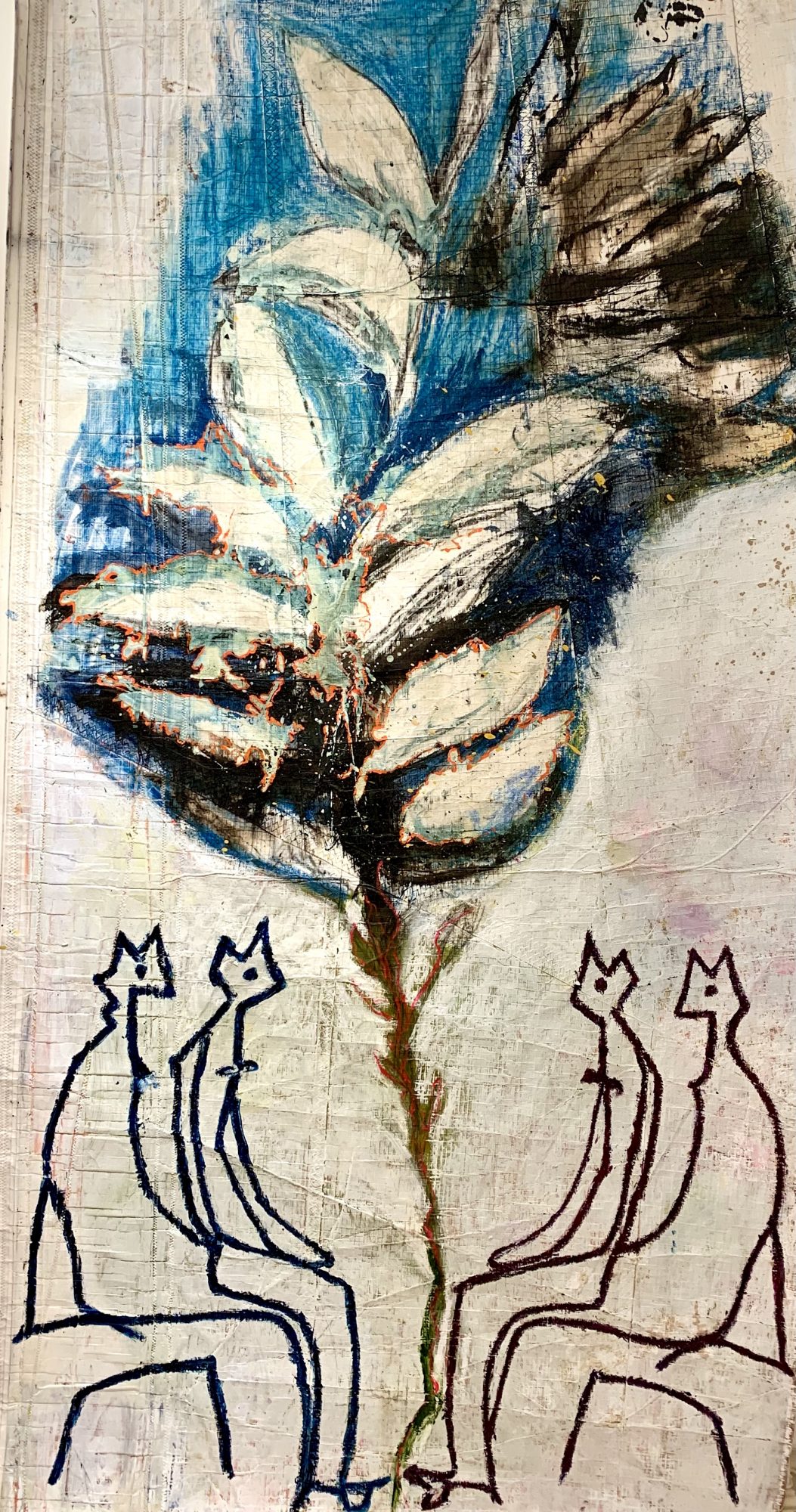 London-based artist born in Scotland, Sammy Dent, has grown up painting and making things all her life.

A decade later she returned to live in Long Island for nearly four years, where she continued to paint and have her first solo show.

“The intense and exaggerated colour I employ in the form of pigment and different solvent based paints applied in a controlled manner to reveal, occasionally, unpredictable results, convey a subject matter of plants, amplified petals , stamens and the ephemeral world around us.

“However, the things that feed into my work more recently have become more spontaneous, such as found objects from parks and beaches, music, fashion, the occasional soul-touching poem, life drawing and life itself, which all contribute to the impulse I act upon when making a painting.

“I’m not restricted by convention or material. I use a wide variety of mediums and techniques, applying colour in different ways… acrylic paint applied with hands. Poured, thin washes of pigment in varnish. Oil sticks pressed into the canvas. Ply board stitched together with wire. Mussel shells in a blender to make a new medium. Stitched studio floor canvas remnants which serve as a rich surface on which to draw or pour resin. It’s all a tactile and experimental cacophony of materials and colours to convey a feeling or a thing which go beyond words.”

“Ms. Dent’s large, vibrant canvases carry on the tradition of abstract expressionism, with its reliance on spontaneous gesture and its avoidance of representational imagery.

“The paintings recall those of Helen Frankenthaler, who, like Ms. Dent contrasts translucent areas of stained pigment with thick calligraphic strokes and linear elements to create forms that float in pictorial space.

“Although Ms. Dent describes her aim as achieving a balance between the figurative and the abstract, references to specific subject matter are minimized to the point of dissolution. Her primary subject is color itself, which may or may not coalesce into recognizable objects…

“Whether their titles explain or obscure their meanings, Ms Dent’s paintings can be enjoyed without the benefit of such intimations. Their appeal lies in the gestural verve and the artists love of chromatic interplay, resulting in imagery that alludes to nature while seldom picturing it.”